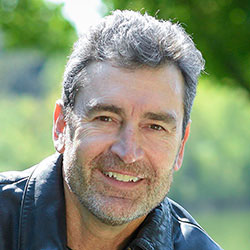 Ken Smith was a featured speaker at SLIF18. Read a summary of his session here.

One of the most in-demand speakers and communications consultants in America, Ken Schmidt has lived a life that most can only dream about. He has toured the world on two wheels, met with presidents and royalty, partied with movie and music legends, and appeared numerous times on network news. As the former director of communications for Harley-Davidson Motor Company, he played an active role in one of the most celebrated turnarounds in corporate history – and got paid to ride motorcycles. He is widely known as one of the business world’s most outspoken and provocative thought leaders and has partnered with many of the world’s most successful brands. He shares stories and insights on the road to building a fanatically vocal customer base, creating a passionately loyal corporate culture, and developing leaders who inspire and motivate.

Ken’s new book “Make Some Noise: The Unconventional Road to Dominance” will be released by Simon & Schuster this fall.