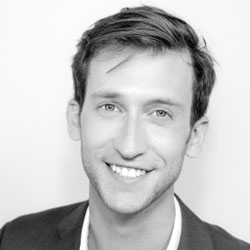 Kyle grew up volunteering in a senior living community and went on to study cognitive decline in the aging population. His neuroscience research was largely focused on the link between functional structural changes in the brain that happen as you age, and the associated deficits in economic-based decision making. He also studied neuroprosthetics and has been published for his work linking reward-based behavior coding with motor area activation in monkeys. Since joining the tech world, he has led the development of a niche research-based social network, created a crowdfunding platform for ecological conservation, and architected a grassroots initiative focused on increasing healthcare access in populations-in-need, which was eventually recognized by the Obama administration. After having a negative personal experience moving his grandmother into a senior living community, he realized the severe impact of social isolation on seniors, and cofounded Rendever to use new virtual reality technology to build communities and increase resident engagement through the power of shared experiences.