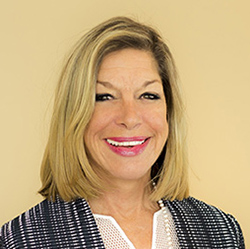 Patricia Will was a featured speaker at SLIF19.

Patricia Will founded Belmont Village Senior Living in 1997, as a fully integrated developer and operator of first-rate senior living communities, with a focus on assisted living and memory care. The Company operates 26 communities, (more than 4000 units) in seven American states, and is a market leader in Los Angeles and Chicago. Belmont’s most recent openings include a community at UC Berkeley and its first international project in Mexico City adjacent to the world-renowned ABC hospital. Past and current institutional partners include AEW/CalPERS, JPMorgan, GE, Welltower and Harrison Street.

Prior to founding Belmont, Mrs. Will served in an executive capacity in real estate and healthcare for more than 15 years. As Vice President and Partner at Mischer Development, she developed several million square feet of commercial and medical projects. In 1994, she co-founded a development company specializing in complex healthcare campuses and has sponsored the launch of two ventures engaged in health promotion and wellness. It also provided the launch pad in 1995 for Belmont Village Senior Living.

Mrs. Will earned an M.B.A. with distinction from Harvard Business School and a Bachelor of Arts degree, Phi Beta Kappa, from Reed College in Portland, Oregon. She currently serves as a board member of numerous academic and charitable institutions and is a recognized leader in senior living. Mrs. Will has played an integral role in setting standards and shaping policy for the industry.