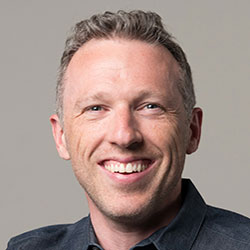 Seth Sternberg was a featured speaker at SLIF18. Read a summary of his session here.

Seth Sternberg is the Co-Founder and CEO of Honor, a non-medical home care company with a mission to enable our parents to remain in their homes as they age. Prior to Honor, Seth was the Co-Founder and CEO of Meebo, which brought instant messaging to the web and reached close to half the internet population in the United States. Meebo was acquired by Google, where Seth became a Product Director working on the Google Identity Platform, and then within GoogleX. Seth started his career with IBM’s Corporate Development group after graduating from Yale. In his free time, he enjoys cycling, working with entrepreneurs, and spending time with his wife, Monica, and his son, Cove.