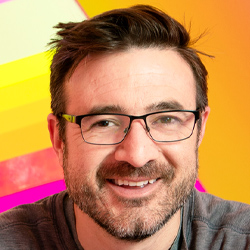 Vince Kadlubek is a Founder of Meow Wolf, an art collective that has transformed into an award-winning Art and Entertainment Production Company that specializes in immersive, open-world walk through experiences. Vince acted as leader and CEO for Meow Wolf through its formidable years, having created the business plan for Meow Wolf’s House of Eternal Return and leading the team towards the project’s completion in March of 2016.

In January of 2017 Kadlubek formed Meow Wolf, Inc as a full-fledged arts production company and creative studio positioned to create the largest, most innovative and audacious monumental art exhibits in the world. After raising series A funding he announced two new Meow Wolf exhibits in Las Vegas and Denver, which both opened in 2021. Kadlubek has been a force of vision in the realm of experiential art, and in 2020 launched a creative consulting agency called Spatial Activations as a platform to usher in a new era of experiential art in modern developments and everyday life. Vince is most passionate about co-creating fully-realized alternative realities that bring paradigm-shifting transformation and inspiration to the world.