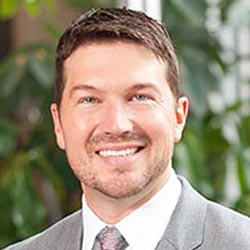 Zeker Turner was a featured speaker at SLIF17. You can read more about his talk here.

Zeke Turner left a job on Wall Street at the age of 25 to bring his entrepreneurial spirit and international experience back to his home state of Indiana. He founded Mainstreet in 2002 with only $10,000 and a mission to transform the way health care is delivered. Today Mainstreet is the nation’s largest developer of transitional care properties.

Mainstreet’s innovation and strategic vision, supported by access to capital, have been the keys to success. Mr. Turner and his team took the Mainstreet senior housing and care portfolio public as HealthLease Properties REIT (HLP) on the Toronto Stock Exchange in 2012 with an initial offering of $121 million. Mr. Turner, 38, was the chairman and CEO of HLP. In November 2014, Mainstreet and Health Care REIT, Inc. (HCN) finalized a $2.3 billion partnership, which, in part, included HCN acquiring HLP.

Mr. Turner is a sought-after speaker and is regularly interviewed by trade publications and national media outlets, including Bloomberg TV, CNBC, Fox Business and The Wall Street Journal.

He has received numerous local and national awards. Most recently, EY (Ernst & Young) named Mr. Turner the 2015 Entrepreneur of the Year for the Ohio Valley region in the real estate design, construction and lodging category. In 2014, Real Estate Forum magazine named Mr. Turner to its “50 Under 40” class.

He and his wife, Milissa, have seven children – all 10 years old and younger – and live in Carmel, Indiana. They are members of Harvest Bible Chapel North Indy.